skip to main | skip to sidebar

Returning the Leopard Frog to the Columbia Wetlands 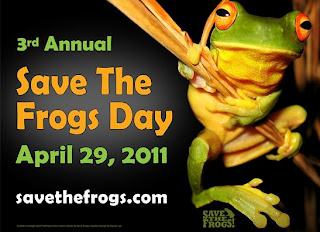 Save the Frogs is exactly what the Columbia Wetland Stewardship Partners are trying to do with one of their projects.

Northern leopard frogs (Rana pipiens) were once one of the most common amphibians in North America. However, over the past three decades there have been drastic declines across their western range. Once common throughout south-east B.C., but by the 1990’s only a single population in the province remained at Creston BC. So the BC population of leopard frogs are now listed as Endangered. Recent surveys suggest that habitat loss and alteration, disease, introduced fish species, and low reproduction levels threaten this population.
Last year the Columbia Wetland Stewardship Partners carried out a study to determine the feasibility of reintroducing northern leopard frogs to the Columbia wetlands. Reintroduction sites between Canal Flats and Spillimacheen are now identified, assessed and ranked. Hopefully Northern Leopard Frogs will soon be seen once again in the Columbia Wetlands.
This assessment project was supported with funding from the Columbia Valley Local Conservation Fund, the University of Alberta, and the Columbia Basin Trust Environmental Initiatives Fund.
See article in Columbia Valley Guide. A full report will soon be posted on the CWSP website - or request a copy from ColumbiaWetlands@gmail.com
Posted by Columbia Wetland Stewardship Partners at 4:53 PM